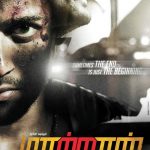 After the record-breaking Ayan, Suriya and director K.V. Anand are all set to team up again in Maatraan. The film will go on floors on July 22; for the first time Kajal Aggarwal will team up with Suriya in Maatraan. Suriya has just wrapped up Murugadoss’ 7am Arivu and was busy till yesterday with his younger brother Karthi’s wedding and reception.

According to close sources, Suriya will be seen playing a unique role of Siamese twins. Suriya will be seen in a double role where both the characters that he plays will be conjoined and will eat, sleep and do every other job together. Ace comedian Vivek and Prakashraj will also play prominent role in this film produced by Kalpathi S. Aghoram under AGS Entertainment banner. The technical team comprises of Harris Jayaraj (music), S. Sounder Rajan (camera) and Anthony (editing). The