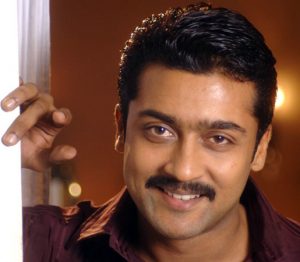 There are multiple versions doing rounds about the next film of Venkat Prabhu, post the gigantic success of this director’s last venture, Ajith-starrer ‘Mankatha’. And one of them claims he would work with Suirya for his forthcoming project, which would get soon kick-start!

“Suirya was thoroughly impressed with a one-liner narrated by Venkat Prabhu and is game for working with him. However, it may take some time for the actor to start the film, as he has to honour his earlier commitments as he is busy with Maatraan and would do a film with Hari after that,” sources say.

Venkat Prabhu’s ‘Mankatha’ is emerging the blockbuster of the year, with box-office reports claiming never-before figures. The film has been declared a super hit in all centers and is still running strong, exactly a month after its release.