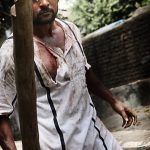 superstar Suriya is running fast ahead on the race as all his films have done remarkable business at box office. Now the actor has couple of multilingual films that are quite revealing of successful notes. The reason is that uniqueness of directors and technicians team he is teaming up with.
Doubtlessly, the actor’s upcoming film Raktha Charithram is completed and the post productions are also completed. Since, Ram Gopal Varma and the producers are planning to release the film’s first part during the second week of September, it is indirectly signifying that the second part may go furthermore postponed to October or November.

Meanwhile rumors are that the film’s release maybe scheduled for Diwali.