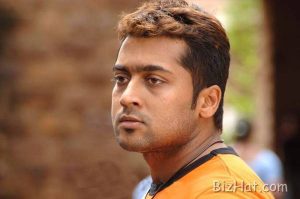 For Surya, ‘Rakht Charitra’ is a major film. Other than the fact that he is working with one of his favourite film makers Ram Gopal Varma for the first time, he is also excited about the fact that the film gave him an opportunity to work in a trilingual. Though he went as per the flow for the Telugu and Hindi versions, he volunteered to perfect the dialogues of the Tamil version by bringing another experienced professional. Not just that, he also spent time with this writer to ensure that things progressed in a manner that he thought was perfect.

“I did rope in this writer but apart from supervising what he was delivering, I didn’t have any other involvement,” says the ever-so-humble sounding actor in a low tone, “I have never done anything like this before. Normally, I just go for a narration and if I like it, I sign a film. I don’t get into dialogues or interfere in how some scenes should be written or end up fretting about the camera angles.”

In case of ‘Rakht Charitra’, his pet project, he did make an exception. “I do want all my projects to be the best. Hence, just for the Tamil version, I stepped in a little further as well”, he confirms.

The film releases all over on 3rd December