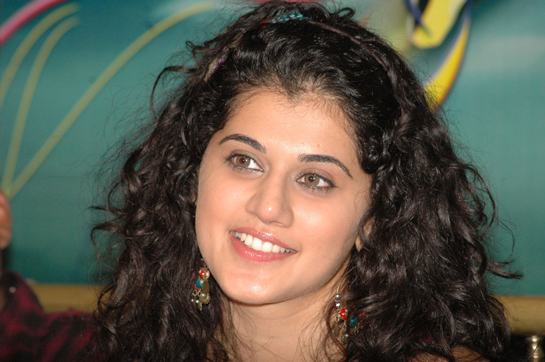 Director-producer Shoojit Sircar, who has roped in “Chashme Baddoor” fame actress Taapsee Pannu for his “Running Shaadi.com”, marvels at her acting skills.

In the film, Taapsee is paired with Amit Sadh of “Kai Po Che!” fame, who recommended her name to the filmmaker.

“There were little doubts in my mind, but I think Amit (Sadh) was quite clear and he told me about Taapsee. When I met Taapsee, all my doubts were gone and I thought Taapsee was absolutely bang on as a cast,” Sircar said in an interview.

Based in Amritsar, Punjab, “Running Shaadi.com” is a youth romantic comedy centred around the website that helps people elope and get married.

“She herself is a Sardarni from Punjab and she speaks fluent Punjabi. Her nuances are very clear. She is a very good actress and very spontaneous. She is looking very fabulous. I am quite happy with the pair,” said Sircar.

The filmmaker, who launched Ayushmann Khurrana with “Vicky Donor” and also teamed up with the likes of Amitabh Bachchan, praises Taapsee’s spontaneity and determination.

“Amit Sadh is a very good actor. I have seen him in ‘Kai Po Che!’, he is one film old. For me, this is a fresh cast absolutely. Together, they have rehearsed for almost two-three months. They kept on rehearsing,” Sircar said.

“They were very good together and became good friends also,” he added.

First-time director Amit Roy is helming “Running Shaadi.com”, which will come out in the middle of next year.