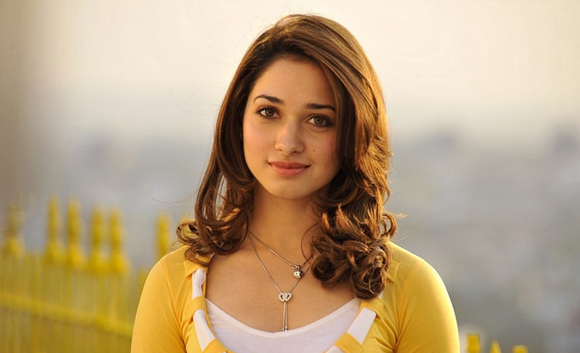 Tamanna is zeroed in for Rajamouli, Prabhas’s forthcoming film Baahubali. While Anushka has already been doing the leading lady role, now Tamanna has joined the cast for other female lead role as Avanthika in the flick.

Prabhas is playing dual roles in this period-drama and both Anushka and Tamanna are pairing up with the Young Rebel Star. Rana is playing the antagonist. The shooting schedules of the movie are taking place in Ramoji Film City. The cast and crew are preparing for shooting a war sequence.

The big-budget Telugu, Tamil bilingual is being produced lavishly by Arka Media banner with cinematography by Senthil and music by MM Keeravani.