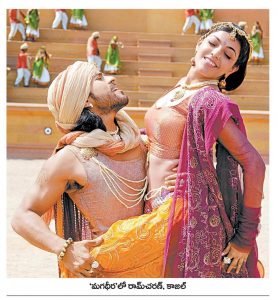 Tollywood’s magnum opus and the highest grosser Magadheera is all set to release in the Tamil version on 27th May. The Telugu version has won several awards and rewards also breaking the all-time records. Now, producer Allu Aravind has tied up with Red Giant Movies to release it in Tamil.

Producer Udaynidhi Stalin has announced the Maveeran release date as 27th May. Recently, the audio has been launched on a grand scale. Ram Charan and Kajal are looking forward for the release to make their presence strong in Kollywood. The film has taken shape in the hands of Tollywood’s top director Rajamouli.

Hope Maaveeran scores a hit at the Box-office as Magadheera did in Telugu.