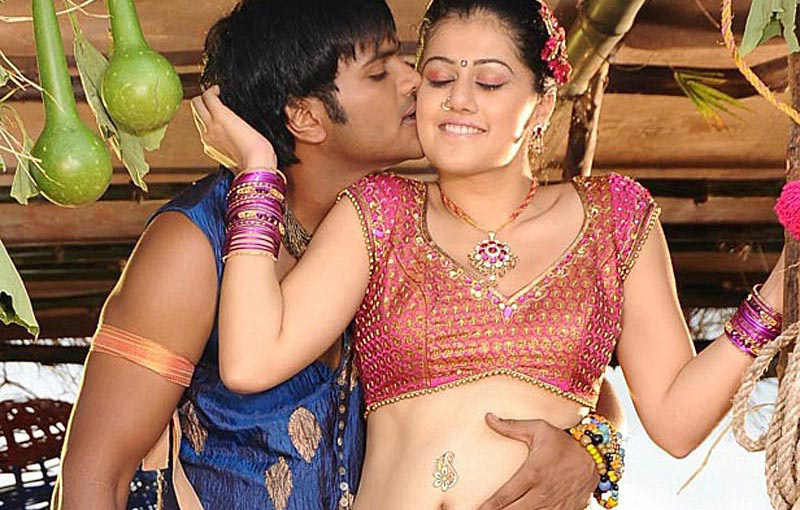 “Jhummandi nadam” fame little bubbly beauty Tapsee said to media in an interview “From the last couple of days I have been very tiring. I had a lot of pages of dialogues to deliver. In fact, I asked Kannan to give me my part 15 days in advance!” “But, from the third day of shoot, I didn’t have many dialogues. So, I had fun watching Jiiva, hero of this film (Son of Supergood Chowdary) remember his lines”. She quickly adds, “Of course, we help each other by prompting. Sometimes, he saves my skin and at times, I help him out”.

VV is Taapsee’s second Tamil film after Vetrimaran’s “Aadukalam”. “But I’ve already finished three projects in Telugu. By February, I will be six films old!” she says excitedly.

She said that “I had no idea about Tamil films and didn’t know Vetrimaran and Dhanush were successful people in the south. I also had no clue who I was replacing. I just took up the offer as I found the script interesting and the role challenging.”

Disclosing details about her character in the film, she says, “I play an Anglo-Indian who is very much a Tamilian at heart. Her parents want her to settle abroad, but she refuses to leave. She’s a strong, level-headed, silent, and sober girl.”