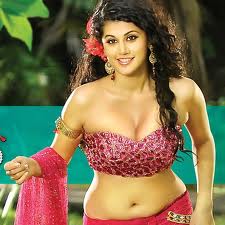 Tapsee is upset about the rumors making rounds that a lip-lock from her upcoming film Gundello Godari were chopped off by the censor Board. Tapsee is quick to clarify things and she informed that she has never shot for a lip-lock scene neither in Gundello Godari nor in any of her films till date.

“I’ve not shot for any lip-lock scene in GG; in fact, I haven’t done a kissing scene with any actor in any of my films till date. I don’t understand where these rumors keep coming from,” said Tapsee.

Gundello Godari casts Lakshmi Manchu, Aadhi and Sundeep Kishan as the other leads. The film directed Kumar Nagendra is produced by Lakshmi Manchu that has music by Ilayaraja. Gundello Godari is set for a release on February 21 while the Tamil version will hit the screens a day later on 22 February.