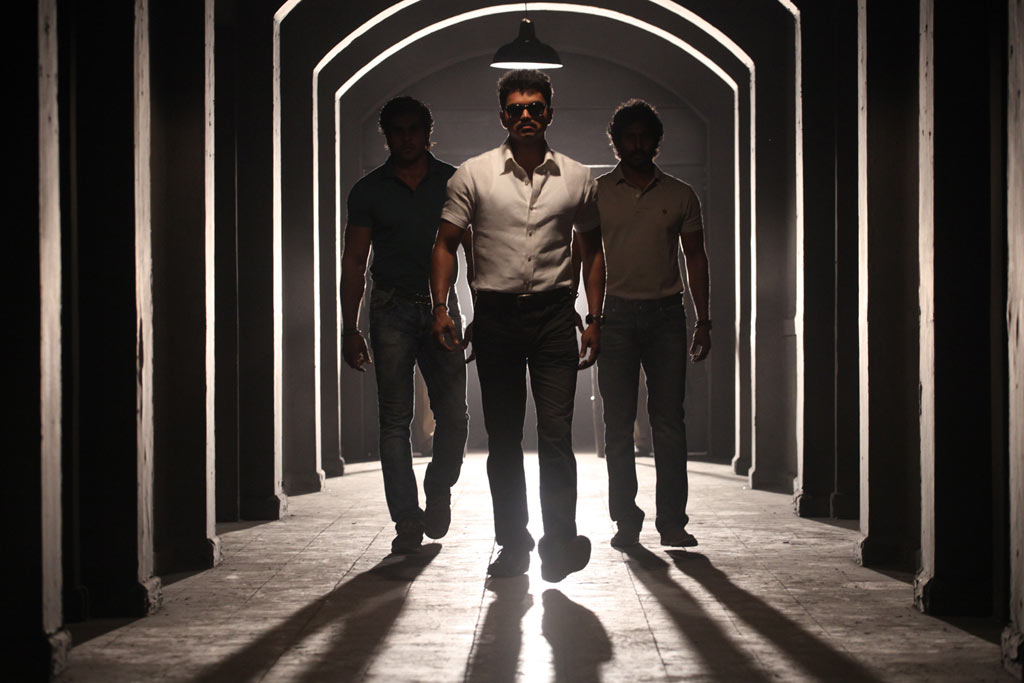 Ilayathalapathy Vijay’s Thalaivaa is one of the most awaited films of the season with sky high expectations surrounding the project. Producer Chandraprakash and Vendhar Movies are in plans to release Thalaivaa in highest number of screens in Vijay’s career.

Plans are on for the Telugu dubbed version of the movie and it may release simultaneously with Tamil version in the month of August. A leading distribution house in AP is holding discussions to acquire dubbing rights for Telugu version of Thalaivaa.