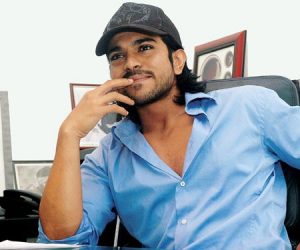 Ram Charan’s Thoofan film, the Telugu version of Zanjeer will begin its dubbing works from July 21. The final cut copy of the film has been locked by the makers and Ram Charan is said to be quite happy with the outcome.

The remake of Amitabh Bachchan’s Zanjeer has been shot with Ram Charan and Priyanka Chopra in the lead roles. Apoorva Lakhia directed the movie and Amit Mehra in association with Reliance Entertainment produced it. Yogi had supervised works for the Telugu version.

Srihari will be seen in a prominent role in this oil mafia backdrop film while Mahie Gill has opted for glamorous role. Ram Charan for the first time is essaying a powerful cop role.

Zanjeer, Thoofan will simultaneously hit the big-screens on September 6 on a grand scale.