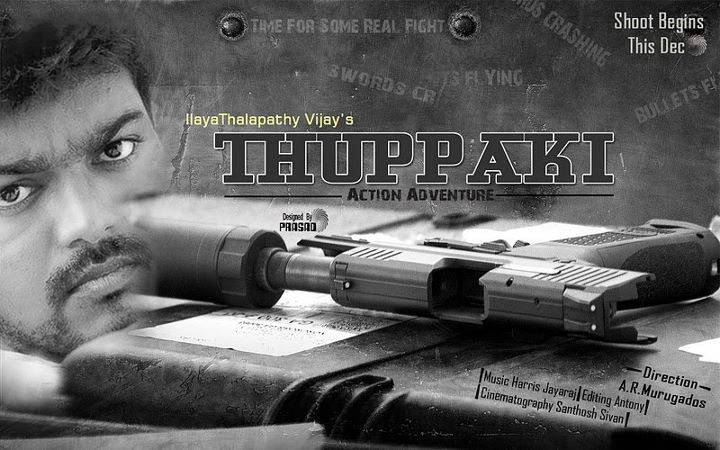 A.R. Murugadoss’ next film Thuppakki with Vijay and Kajal Aggarwal is progressing briskly.. It is heard that Ilayathalapathy Vijay will play the role of a cop. Vijay has earlier played the role of an undercover cop in Pokkiri, which went on to become one of the most successful films in his career. Cinematographer Santosh Sivan has now revealed that most of the shots in Thuppakki are canned with hidden cameras in real locations. So now it looks like the film will be a real treat for Kollywood fans.