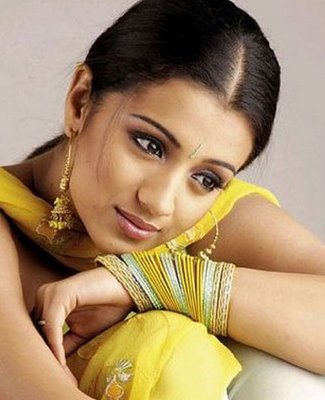 When Trisha was asked about her films, she said, After ‘Manmadhan Ambu’ I am acting in Venkat Prabhu’s Mankatha. This is my third film with Ajith sir. This is multi starrer film. There is a lot of scope for acting in this film. I am expecting that this film will fetch me a good name. The Hindi film ‘Love Aaj Kal’ is being remade in Telugu. I am pairing with Pawan Kalyan. The present day youth will like this film very much. This film has a different story.

The two in love will part ways saying that romance is not suitable for them. Then they will realize the depth and meaning of their first love. The story has so much depth. I think the audience will definitely like this. After this I am acting in a Telugu film titled ‘Savithri’. I am acting in this film because I liked the story very much.