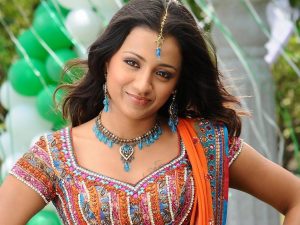 Trisha is unhappy over reports that she is to play Tollywood star Mahesh Babu’s sister-in-law in a Telugu film. In the film industry, it is well known that the sister-in-law and sister roles are considered to be offered to heroines who do not have opportunities.

Trisha says that she is not in such a position as she has several good offers in her kitty at the moment. The heroine is currently busy with the Tamil film Samaran, in which she is paired opposite Vishal. The actress adds that Samaran has a good role for her and it is equal to that of the lead star Vishal.