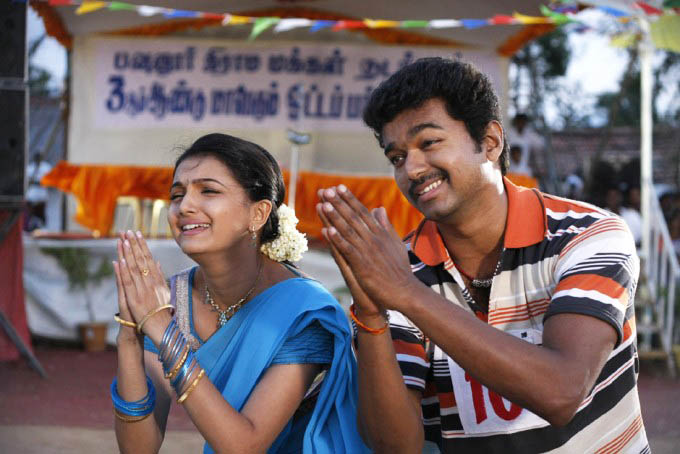 All is set for the Audio release of Vijay’s upcoming movie Velayudham on July 5, 2011 in Chennai. As reported earlier Vijay Anthony has composed the music for the film.

Velayudham team is currently traveling to Ladhak for a ten day shoot schedule. It is well known that Ladhak is a scenic location where many films from India and outside India have been shot. The team will be canning songs of the film during this ten day schedule. The post production works are also going on a brisk pace simultaneously. Initially the team has planned for audio launch on July 5th, 2011 but due to the shoot in Ladhak the audio launch has been postponed to mid-July. The film was formally launched on July 15, 2010 and will complete the shoot by the same date this year.

Velayudham sees Vijay in the role of a super hero which was sketched by Genelia. His starts his character as Vetrivel and later on due to the circumstances he turns as a super hero. Genelia plays a TV journalist; Hansika Motwani plays Vijay’s love interest.