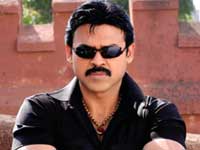 The Telugu remake version of Malayalam super hit film Bodyguard has been titled as Ganga- The Bodyguard as per the sources. The film has also been remade in Tamil as Kaavalan with Vijay and Asin that also registered a hit. The current schedule of Ganga- The Bodyguard is progressing in Gandipet in Hyderabad.

Trisha is playing the leading lady in the film and actress Saloni is playing a vital role. Ganga- The Bodyguard is being directed by Gopichand Malineni and produced by Bellamkonda Suresh on the banner Sri Sai Ganesh Productions. Thaman is scoring the music. An official announcement on the title of the film is yet to be made by the producer.