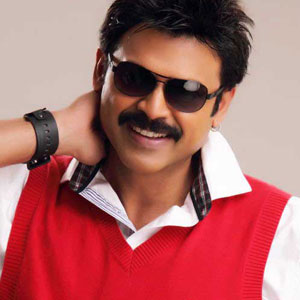 Venkatesh, who is currently busy with the remake of Malayalam hit film Bodyguard in Telugu with Trisha and Saloni as lady leads in Gopichand Malineni direction, has given his nod for a new film. Venkatesh, who heard a script from director Dasarath has given his green signal for the film.

Now, the latest news is the film will start rolling its camera from the month of October. Paruchuri Kiriti will produce this film, which is touted as a family entertainer in Dasarath’s style. Dasarath has earlier directed Santhosham, Sambaram, Swagatham and Mr.Perfect. Dasarath is giving the final touches to the script and other cast and crew of the film will be finalized shortly.