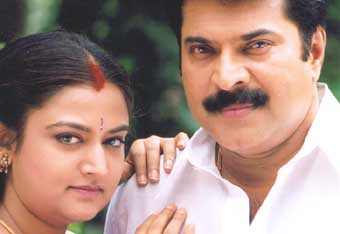 The movie narrates the story of Appu, an older brother who sacrifices his life for the younger one, an often repeated theme seen in Malayalam movies.

Mammootty plays Appu, M.D. of Leela Group of companies, a self-made wealthy business man. Appu is a workaholic but a family man. He is married to Ashwathi (Mohini) and have two kids Meenaxi and Kalyani. Appu’s father Pappettan (Innocent) had a humble beginning as a coolie at the Kozhikode vegetable market.

Appu’s brother Hari (Indrajeet) has an MBA from England and he is married to Revathy (Gopika). All these people stay together as a joint family. Appu has his own share of enemies in the business field and Sivan (Sai Kumar), the M.D. of Bharath Motors, is the worst of the lot, who wants to destroy Leela Group. Sivan tries to influence Hari through his secretary Vani (Sindhu Menon) and her lover Deepak (Riyaz Khan). Hari has already been creating problems at the office as well as at home but Appu tolerates it. The story takes a turn with the accidental death of Deepak which was actually committed by Hari. In order to save his brother’s life, Appu confesses to the murder. Rest of the movie deals with Sivan’s attempt to take over Leela Group and how Appu takes revenge as well as the agony associated with it.

Veteran director V.M. Vinu narrates the usual “Kerala “movie line especially in recent releases, in a different format. But the story is so predictable that there is no novelty in it. The bonding between the father and son is successfully portrayed. It is emotionally vibrant and poignant.

Mammootty is good as Appu. Innocent puts up a good performance and the rest of the cast are also good. But the problem is, if you have seen one of these movies, you have seen them all. It is high time for Malayalam cinema to have new and creative themes.