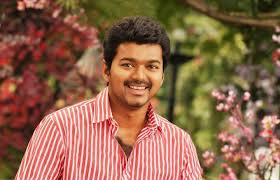 Vijay is busy working on his upcoming “Thalaivaa” with Amala Paul which is directed by AL Vijay. The latest buzz in the cine grapevine is that Vijay is looking for someone from Hollywood to do a specific role in his film, namely Angelina Jolie.

Upon hearing this, Vijay denied the rumour saying, ” There is no international singer featuring in the film. We are not looking at any Hollywood star for any such role. This is a figment of some people’s imagination. The film is going good. We are shooting speedily in Mumbai and our next schedule will be in Spain.”