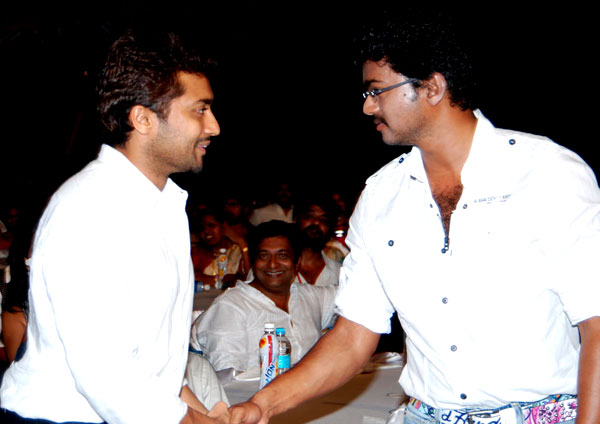 Suriya has proved himself as quite the trendsetter. His films are being remade in Hindi with regularity as they spell gold at the box office. Gajini and Singham have been money spinners and Force with John Abraham is expected to do the same and resuscitate his dying career. Bollywood has practically come to rely on remakes to make some moolah.

Consequently, it comes as no surprise that Vijay’s films are also being remade in Hindi. First it was Pokkiri with Salman Khan and Ayesha Takia which went on to create mighty waves at the box office and now his Bodyguard is being remade again with Salman Khan and Kareena Kapoor in the lead. It must be mentioned that both these Vijay films were themselves remakes but Vijay’s electrifying performance has grabbed eyeballs and went on to make a massive impact.

Bollywood biggies are keeping an eye on films made by both Suriya and Vijay to see if they have the potential to be remade.