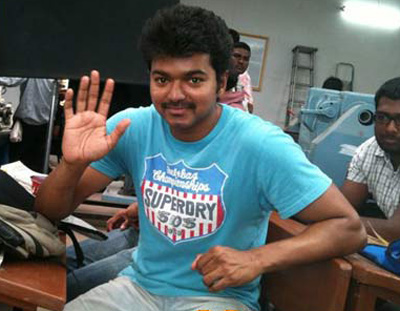 Ilayathalapathi Vijay who got his knee hurt on the shooting of Thupakki is now in London for treatment. The actor, who was filming an action sequence in Mumbai, hurt his knee while jumping from a height. Director Murugadoss stated that the actor did now wear any knee pad, hence he got hurt. He also reveals that Vijay shot the entire fight despite having pain, to ensure that the shoot did not get stalled.

He further adds, that he would finish the treatment and will join the sets soon. The film has some talkie portions and three songs yet to be canned.