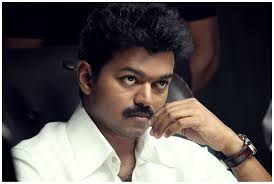 Actor Vijay is one person who can replace superstar Rajinikanth in filmdom, says Vendhar Movies’ T. Siva, who has picked up the distribution rights of Vijay-starrer upcoming Tamil action-drama “Thalaivaa”.

“Only Vijay’s films can create as much buzz as a Rajinikanth film. This is because he will be the next superstar and we all know it. Vijay has a fan base as big as Rajinikanth’s and it is growing exponentially with every passing day,” Siva said.

He says Vijay’s films sell like hot cakes because of his mass following. The actor turned 38 Saturday.

“‘Thalaivaa’ was sold out in all areas of Tamil Nadu within 48 hours since I bought it from its producer. Such is the demand for a Vijay-starrer film and people buy it because it assures guaranteed returns on investment,” said T. Siva.

Vijay, who has three back-to-back hits with Tamil films such as “Kaavalan”, “Nanban” and “Thuppakki”, is eyeing a fourth hit with “Thalaivaa”, which is directed by A.L Vijay.

Currently in post-production, “Thalaivaa” is scheduled for release in August. It has music by G.V Prakash Kumar and cinematography by Nirav Shah.