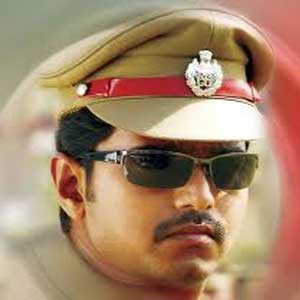 Pagalavan is all set to start soon after Vijay completes Nanban a multi-starrer under Shankar’s direction.

The director of the film Seeman is busy finalizing the cast and technical crew for Pagalavan along with some script changes. He made changes in Vijay’s characterization and made it into a whole-new-package altogether. The Government decides to privatize certain sectors and Vijay fights against this cause.The film will show Vijay in the role of a doctor and a Police officer. During fighting for some problems in the society, Vijay understands he can do better for the common man if he is a part of the police force. By taking this decision he studies IPS and takes the charge of a responsible police official in the society. He puts an end to the mafia who is dealing with expired medicines.

Hansika Motwani has once again bagged the chance of sharing the screen space with Vijay while actress Bhavana is playing a pivotal role in the film. Vijay’s mass hero image will be enhanced by several levels with Pagalavan as the character designed by Seeman is never before seen one in Vijay’s career.