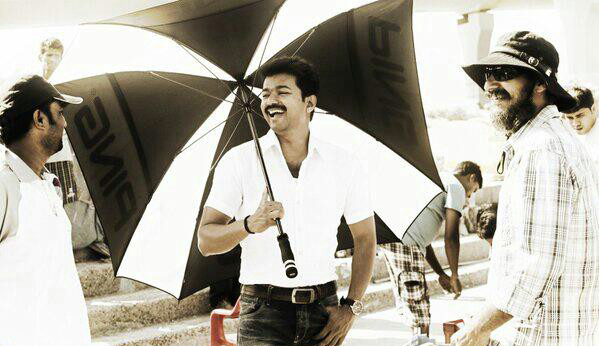 Vijay, who is awaiting the release of his Jilla, a multi-starrer with Mohanlal has signed his next film with his PRO PT Selvakumar and Sibu.

Distributor Siva Kumar has confirmed the reports in his Twitter page, “After Murugadoss film,vijay sir is doing flim for his PRO P.T Selvakumar and sibu. Both are my close friends,wishing them for great success. Director and other cast and crew will be confirmed soon.”

As way2movies reported viewers earlier, Vijay will be joining hands with his Thuppakki director AR Murugadoss for one more action entertainer that would go on floors sometime after they complete their current projects. Probably, Vijay will join his PRO after he completes AR Murugadoss’s directorial.