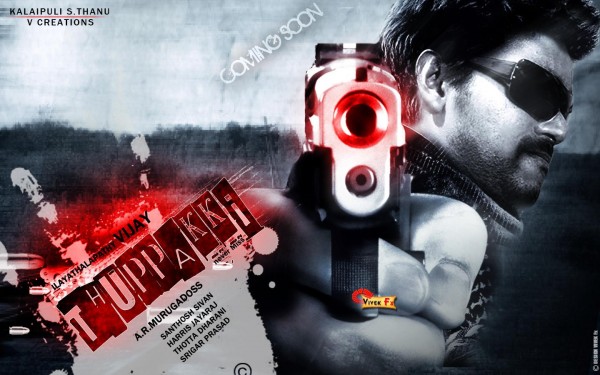 In his initial days as actor, Vijay used to croon a song or two in his movies. Born to a vocalist mother, singing came naturally for the actor and the numbers performed by him turned out to be hits. (‘Dodabeta roadu mela…’ and ‘Adada Alamelu…’ are examples)

And now, the Ilayathalapathy is back in his familiar territory. He has crooned for a number in his forthcoming film ‘Thupaki’, in the music of Harris Jayaraj. The recording took place at a studio in Mumbai recently.

“Well… Just tried actor Vijay to sing a party track for Thupaki in Mumbai and he came up with flying colors,” wrote Harris Jayaraj on his microblogging page. Also, director A R Murugadoss has posted a picture of Vijay recording for the track.