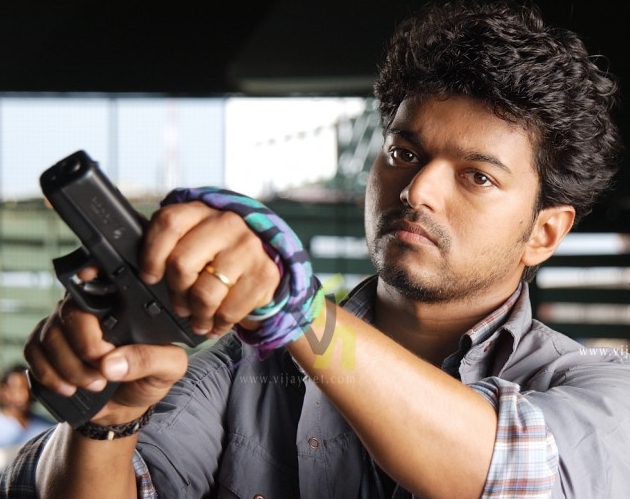 Its been more than a decade since Shahrukh Khan and Malaika Arora’s dance number ‘Chaiya Chaiya’, for Maniratnam’s movie ‘Dil Se’, hit the screens. The song sequence was a big rage at that time and in fact, made dancing on a train fashionable. Now, Vijay seems to be aiming at bringing back the magic with his Thuppakki. The A R Murgadoss directed movie will have a number in which Ilayathalapathy will dance atop a train constructed by art director Sunil Babu.

The song was recently shot in the Mumbai – Pune Highway and was choreographed by Shobi and canned by Santosh Sivan. Incidentally, Santosh Sivan was the cinematographer for Dil Se too and won the Best Cinematographer Award for the film