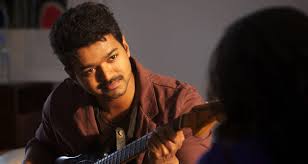 Great news for all Vijay fans. It is now officially confirmed that Vijay will be singing in his upcoming movie Kaththi. Directed by AR Murugadoss, Kaththi features Vijay and Samantha in lead roles.

Vijay last three Songs Google Google from Thuppakki, Vangana Vanakangana from Thalaivaa and Kandaangi Kandaangi from Jilla has went on to become huge blockbuster songs. Now by lending his voice again, Vijay has given a treat for his fans.

Kaththi’s official first look is all set to be released for this April 14th and the movie is all set for a release this Diwali.