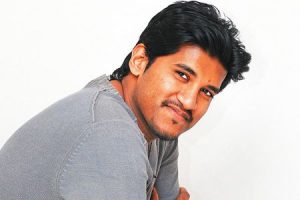 Vijay Yesudas has previously acted in a movie, though it did not make much waves. He is dnning the greasepaint once again, this time for a Tamil movie starring Danush in the lead role. Vijay ill play a firebrand police officer on the chase of unlawful elements.

Vijay will be antagonist to real life friend Danush’s character Maari, who does unlawful activities. The singer-actor has foud inspiration to do do the roles from firebrand police officer characters essayed by ace actors like Kamal Hassan and Rajanikanth. He says that putting on the khakki itself gives a feeling of power.