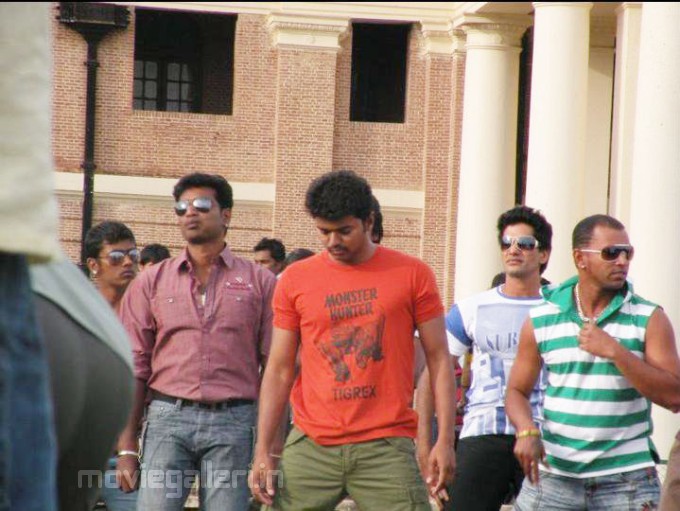 Tension prevailed on the sets of ‘Nanban’, a Vijay-Srikanth-Jiiva starrer directed by Shankar, on Sunday, after a mob reportedly entered into the shooting spot and ransacked set properties. “Things came to control only after the police were called,” sources say.

“When the cast and crew of Nanban were shooting on a college premises near Chennai, a gang of local residents came to the spot to have a glimpse of Vijay and others. The actor and director obliged to their demand and spent some time with them,” say sources.

“But they refused to vacate the place and did not allow the crew to resume the shooting. This resulted in a verbal duel which turned into a messy fight. The mob damaged some of the set properties,” sources add.

“As things went out of control, the police were given an alert. They immediately rushed to the spot and pacified the locals,” sources further say, adding: “An extra cover of protection is now being given to Nanban shoot.”