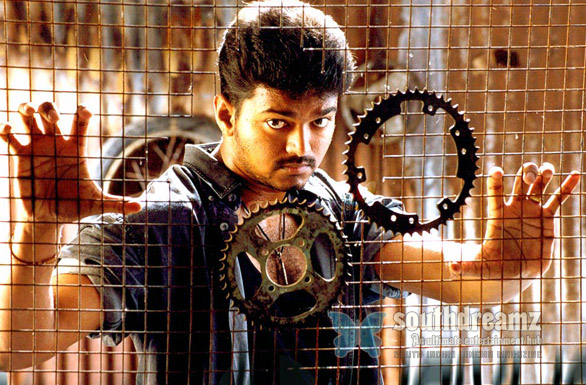 It is now confirmed that Vijay will be working with ace director A R Murugadoss after Nanban and Velayudham.

Vijay’s film under the direction of Murugadoss has been tentatively titled as Maalai Neram Mazhaithuli and the shoot of the film is going to start in the first week of September in Mumbai. Meanwhile Murugadoss will complete his ongoing project 7am Arivu with Suriya and Vijay too will be completing his forthcoming films Velayudham and Nanban. When Murugadoss narrated a one-line summary of his script, Vijay has immediately given his nod to the director.

Buzz in tinsel town is that the team has approached Deepika Padukone for playing the female lead but nothing has been finalized on the heroine’s front.

Grapevine is that Murugadoss has been roped in for a huge, undisclosed amount. Harris Jayraj has been confirmed to score the music for the film while Nirav Shah will be handling the cinematographer.

Aascar Ravichandran and S.A Chandrasekar will be producing the film on first copy basis and Fox Star Studios will release the film all over the world.