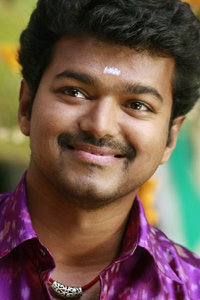 Buzz in the tinsel is that director Seeman is all set to start his next project Pagalavan very soon. The project has to start almost a year back but director Seeman was jailed for his comments on the Srilankan Tamils following which the project was put on hold.

It is known that the director is busy finalizing the cats and technical crew for Pagalavan. Vijay is playing the main lead while Hansika Motwani has once again bagged the chance of sharing the screen space with Vijay. Actress Bhavana will also be acting opposite Vijay and this will be her first film with him. According to the sources it is known that Pagalavan is a double heroine subject.

Vijay’s mass hero image will be enhanced by several levels with Pagalavan as the character designed by Seeman is never before seen one in Vijay’s career. Vijay will be mouthing scorching dialogues that will set fire. Currently Vijay is busy wrapping up the final schedule of Velayudham and he is simultaneously working in Shankar’s Nanban. Vijay is expected to join the sets of Pagalavan once he completes these two films.