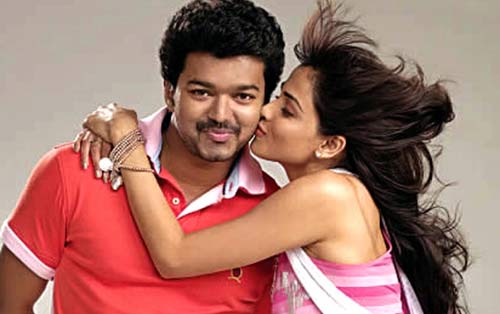 Ilayathalapathy Vijay’s upcoming Tamil Movie Velayudham has finalized the date for the music launch function. It is believed that the audio will hit the stores on July 5.
Reports have it that the makers of the film were planning to release it on Vijay’s birthday (June 22). But as they are planning to release the movie in August, the movie bosses felt that they would not get enough time to publicize the movie. Hence, the album will be launched on July first week.
Vijay Anthony has composed the music for Velayudham. The audio, having seven songs, has been acquired by Sony Music. The movie is directed by Jayam Rajah and produced by Aascar Ravichandran.