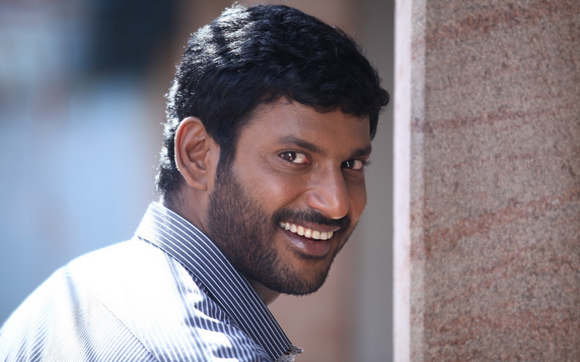 Actor Vishal Krishna Reddy aka Vishal is well known in both Kollywood and Tollywood as his films are often dubbed into Telugu. His notable films that did well in Tollywood are Pandem Kodi, Prema Chadarangam, Salute, Pista, Pogaru, Pooja and Dheerudu. Vishal will soon appear in a new film, Paayum Puli which is being directed by Suseendran.

It stars Kajal Aggarwal as the female lead. The film is currently in the final stages of shooting. The climax is said to be thrilling for the actor as he wrote on his micro blogging site, “Well the most toughest seq for me to work on as an actor in susee s film s always da CLIMAX.n here it is in #paayumpuli. Scared n excited.:)”(sic)