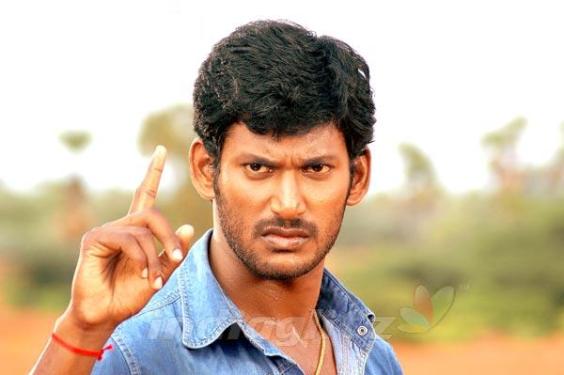 Actor Vishal is concentrating on his ongoing project directed by Prabhu Deva at present. This movie produced by Vishal himself under his home banner GK, stars sexy and beautiful babe Sameera Reddy in the lady lead role. The shooting of this film was going in full swing but the title was not confirmed. Well now its reported that the film has been titled as Prabhakaran.

Notably this is the remake of the Telugu block buster movie titled Shouryam starring the most performing action hero Gopichand and Anushka in the lead roles. Interestingly Sameera Reddy is donning a comedy role in the film for the first time in her career. Her combination scenes with sensible comedian actor Vivek are expected to be one of the greatest highlights of the movie.

On other hand hero Vishal is expected to sign director John for his next film. But official announcement will be made after the completion of his current venture.