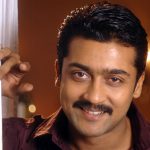 Actor Surya is busily shooting for the trilingual film ‘7 AUM Arivu’ with Shruthi Haasan in female lead and A.R, Murugadoss directing the film. The film’s shooting will be going on till the mid of 2010 and the film is getting released somewhere in January or February 2010.
But now itself, the fans of Surya have started to enquire about his other projects that will kick start after these pending ones. There is something we heard from the closer units that Surya may once again join hands with Gowtham Menon.

The other film may be done for Madras Talkies and about Manirathnam directing the film is not confirmed. Director Vasanth, who introduced Surya in Kollywood, is also looking out for a chance to direct him.