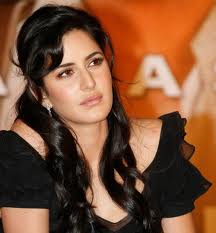 For true professional actresses like Katrina Kaif and Deepika Padukone, nothing comes prior to their work. Well! not even their common sweetheart Ranbir Kapoor. Not known to many, when filmmaker Abhinav Kashyap was planning for his film Besharam’s star cast, debutant Pallavi Sharda was not there in his mind.

The director wanted either Katrina Kaif or Deepika Padukone as the film’s leading lady. But, unfortunately the two ladies rejected to play Kapoor’s love interest in the film. During an exclusive interview with Oneindia, Abhinav Kashyap said that he had three top options in his mind for Besharam- Katrina Kaif, Deepika Padukone and Sonakshi Sinha. But, as per the director, Katrina at that time was very busy with Jab Tak Hai Jaan, Deepika was shooting for Yeh Jawaani Hai Deewani and Sonakshi too couldn’t make it due to her packed shooting schedules.

Hence, the role finally went to the newcomer Pallavi Sharda. When Ranbir Kapoor Got Rejected By His Ladies! Abhinav Kashyap further said that he did not just cast Pallavi out of the blue. She’s a really good actress and was recommended by some of biggest names in the industry. Kashyap further refuted all the rumours surrounding Ranbir Kapoor and Pallavi Sharda’s strained relationship and tendency to avoid each other on Besharam’s sets. Apart from Ranbir and Pallavi, the film Besharam will also see Rishi Kapoor and Neetu Kapoor in the leads. The movie is all set to release on 2 October 2013.