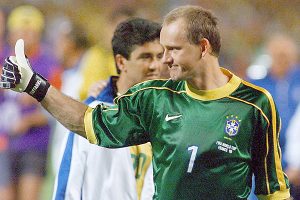 The 48-year-old Taffarel played in the same team as Dunga which won a fourth world title in the United States in 1994 and will be responsible for goalkeeper coaching.

Dunga, who was also in charge from 2006-2010, was named as the new national coach on Monday in succession to Luiz Felipe Scolari who stood down after this summer`s World Cup where Brazil were humiliated 7-1 by Germany in the semi-finals.

Another World Cup winner from 1994, Mauro Silva, will serve as assistant coach when Brazil face Colombia and Ecuador on September 5 and 8 in friendly internationals.