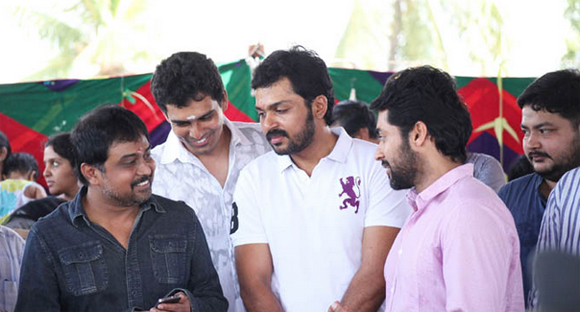 Yenni Yezhu Naal is the next project for karthi, the movie is going to directs by Lingusamy and produced by N.Subash Chandra Bose under the banner of Thirrupathi Brothers.

Yenni Yezhu Naal movie will starts from August 2014, Samantha can be lead heroine for the project.