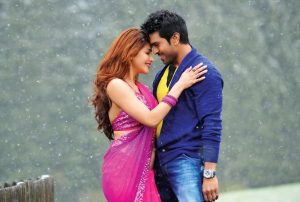 Ram Charan starrer Yevadu is set for a grand scale release on July 31 on a grand scale and the expectations are quite good on the film. Producer Dil Raju is planning to release Yevadu in maximum number of theatres in whole of AP.

Ram Charan is pairing up with Shruti Haasan and Amy Jackson in the film while Vamsi Paidipalli has directed this stylish action thriller. Featuring Allu Arjun and Kajal Agarwal in cameo roles, Yevadu will have good number of twists in its second half as per the sources buzz.

Ram Prasad is the director of photography and Devi Sri Prasad composed the musical scores. The post-production activities have reached the final leg and censor board is set to watch the movie to clear the formalities.