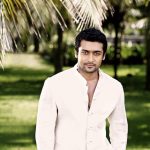 A song starting with the lyrics Vilakaathe Nilakaathe Nilaikkathe from 7aam Arivu has leaked on the net.
From the time the news is out on the web the search for the song has started, since it is one of the most awaited films of the year of Suriya. On the other side producer of the film Udhayanidhi Stalin confesses that there is no such song in the film and he trashed it outright. Music director Harris Jayraj is still working on the songs and has said that the audio launch of 7am Arivu will be delayed as his gadgets are not working properly.

Anthony said that while performing his editing work he thought he was watching a Bruce Lee film and it was only after a few minutes he realized that he is Suriya. He also thanked stunt choreographer Peter Hein’s for coming up with outstanding and never-ever seen action sequences.