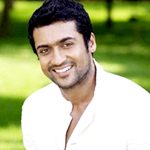 Every little buzz about the movie ‘7am Arivu’ is making waves in the tinsel town. We had earlier told you that Suriya, who is playing the protagonist, is playing three roles and the story revolves around Shruti Hassan. It is also known that an UFO plays a key role in this flick.However, the latest is that the movie will also feature a Chinese song, composed by our very own Harris Jayaraj. Harris has recorded the track with singer Hau, who had even tried out few Tamil lyrics!
Sources close to the team reveal that all the tracks have now been recorded and Sony has bagged the audio rights for the film.

Looks like Indian music is indeed going global… While we get back to you with more tidbits on this Suriya starrer, go through our ‘news’ section for the latest in Kollywood.