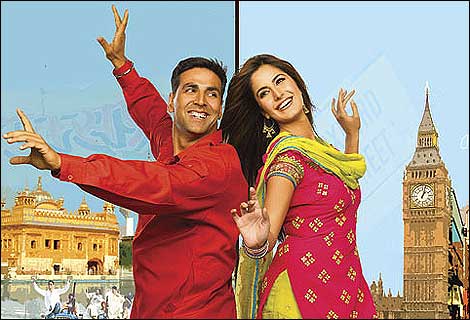 The Akshay-Katrina Pair have delivered many blockbusters in the past, And Akki once again is quite keen on working with the beautiful Katrina once again.

And if sourced are to be believed, apparently Akshay has a script ready and is only waiting for Katrina to finish with her current projects, Dhoom3 and YRF’s untitled next opposite shahrukh.