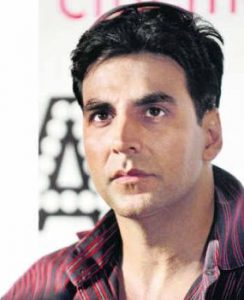 After singing for the big screen in films like Singh Is Kinng and Khatta Meetha, Bollywood hero Akshay Kumar is going to lend his voice for the title song of his upcoming action-adventure reality show Khatron Ke Khiladi 4.

‘Akshay is singing a couple of opening lines,’ said a source from Colors channel.

The title song will be turned into a music video featuring all the contestants for the fourth season of the show, which has been shot in Cape Town, South Africa.

For this season, the channel has chosen 13 female celebrity participants each teamed up with a male partner.

Khatron Ke Khiladi is the Indian version of the internationally hit show Fear Factor, and involves dangerous tasks involving height and even creepy crawlies. It is expected to go on air in June.