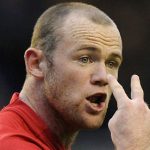 London: Manchester United is throwing an official Christmas bash for its players and everyone would be keen to know how Wayne Rooney averts his eyes from showgirls.
The club is hosting a James Bond themed do at Old Trafford with the title of A Night In Monte Carlo and there’ll be casino tables, ice sculptures plus Roo’s favorite type of dancers.

The England striker and his team-mates usually organize their own private knees-up.

However, after some well-publicized incidents at parties down the years, the lads are being encouraged to attend the official bash alongside club staff, including manager Sir Alex Ferguson.

WAGs have been invited too. Club bosses have spent thousands of pounds on the night out, with the players being a big draw.

“There’s a real buzz about the party – it’s not often all the players come along. There will certainly be a bit more glamour on show than usual. They will be the only ones able to roll up in Bond’s Aston Martin, though,” the Sun quoted a source as saying.