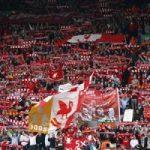 Jakarta: English Premier League club Liverpool are planning to set up a soccer academy in Indonesia to develop young talent, a local newspaper reported on Tuesday.

The British Chamber of Commerce in Jakarta has helped establish links with the club as part of its corporate social responsibility programmes in Indonesia.

Liverpool have sent coaches to Jakarta twice this year, with former striker Ian Rush presiding over one soccer clinic in May and the club launching eight days of activities to promote football education last Saturday.

“There is a plan to establish a Liverpool Academy in Jakarta next year,” Chris Wren, executive director of the British Chamber of Commerce, was quoted as saying by the Jakarta Globe. “Assuming this (visit) is successful and things go as planned, it could be under way as early as May.

“The dream is that what started as a community idea three years ago could end up in a Premier League star for Indonesia, someone who could represent the best of the country.”

He warned, however, plans rested on finding corporate investors willing to fund the school without expecting instant profits.

“Football is a very expensive business, but I believe there would be no end of interest,” said Wren. “The challenge will be finding partners who feel the passion of what it’s all about. If that challenge can be met, the rest of it will fall into place.”