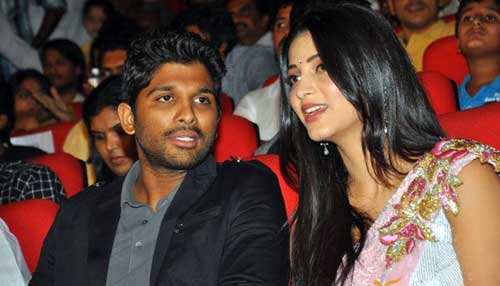 Allu Arjun will pair up with actress Shruti Haasan in his forthcoming film in the direction of Surender Reddy. The film launched a while ago is touted to be a stylish action entertainer with good commercial elements.

Nallamalapu Bujji and K Venkateshwara Rao are jointly producing this yet-to-be titled film and Shruti Haasan is roped in for the leading lady role. The multifaceted beauty who has paired up with Pawan Kalyan in Gabbar Singh is one of the leading ladies in Ram Charan’s Yevadu. Now, the actress has grabbed the chance of pairing with one more mega hero in this Surender Reddy directorial.