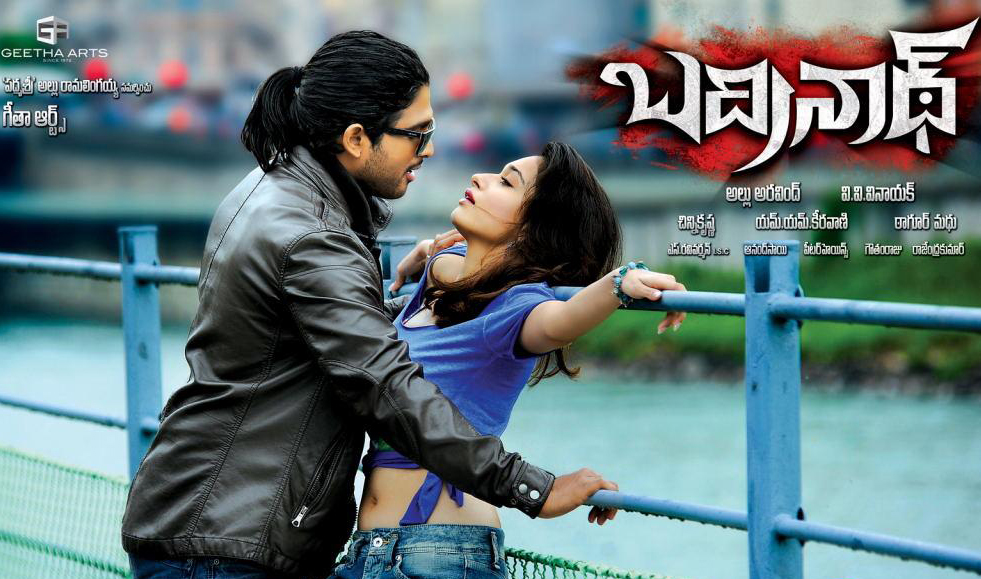 Stylish star Allu Arjun magnum opus ‘Badrinath’ is all set for release on 10th June worldwide.. Being one of the biggest budget films in Tollywood with strong technical cast and crew, Badrinath is releasing with huge hype.

Allu Arjun plays a trained warrior, who protects the temple and Prakash Raj as chief priest of the temple. Sources are abuzz that the first half of Badrinath is packed with love angle and has good comedy with neat screenplay while the second half is slow and bit dragging. Allu Arjun’s dances and action episodes are the highlights of the film and this is Allu Arjun’s one of the best performances. Apart from the looks, Tamannah is said to have acted well in the film.

Stylish star Allu Arjun, Tamanna starrer upcoming film “Badrinath” has completed the censor formalities and the movie was received A certificate from the censor board. Movie length is 153 min.

* Badrinath movie is packed with super action sequences.
* First half of the movie is excellent with very good narration and great comedy.
* Second half is key point for the movie, action sequences perfectly blends with the story.

Positive Points:
* No other Telugu movie releasing in this weekend.
* No popular star movies releasing in this weekend in Tamil Nadu and Kerala. This will help in opening collections.
* Allu Arjun’s star image in Kerala.
* Huge Expectations on the movie.
* Story not predictable
* High Technical Values , Story, Fights and Sets
* Allu Arjun’s dance and Tamanna’s heavy skin show are other positive points.
* Geetha Arts banner: Movie trailers are already advertised in 1000 plus theatres in Andhra Pradesh

* Audience are comparing movie with Magadheera and Shakti because of Allu Arjun’s long hair look.
* If movie gets flop or divide talk it may effect box-office collections.
* Huge Violence: Censor Board has given A certificate