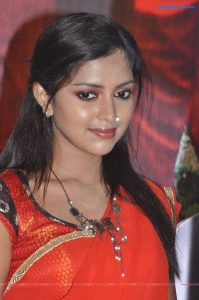 A couple of days back there is news stating that Amala Paul has been roped in to play the female lead opposite Jeeva in Mugamoodi. But the actress denied that she is not apart of the film, who is currently enjoying her time at home in Kochi.

Amala said “I have not even heard of the film’s title, so how can I sign a film without hearing the name and script”.

Currently we are in talks with top actresses but have not finalized any heroine for the film. But surely the film has a leading actress as the female lead”.

Meanwhile Amala is waiting for the release of her forthcoming film Deiva Thirumagal directed by AL Vijay.

The actress said: “I’m all excited and happy about Deiva Thirumagal, this is my first film with Vikram sir. The film is releasing in the next week”.