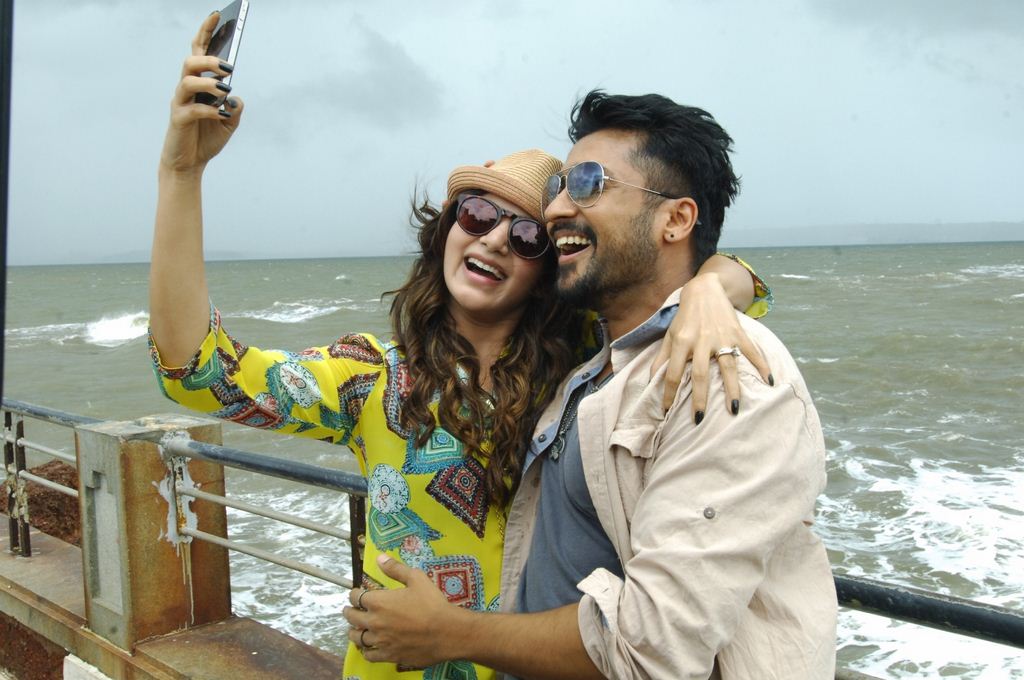 Actor Suriya-starrer Tamil actioner “Anjaan”, which is releasing Friday, is going to open in a record number of 1,400 cinemas worldwide, making it the biggest release for the actor in his career. The film releases in Tamil as well as Telugu on the same day.

“Anjaan”, which is jointly produced by Thiruppathi Brothers and UTV Motion Pictures, is dubbed in Telugu as “Sikandar”.

“It’s (‘Anjaan’) releasing in about 1,400 screen worldwide. That’s probably the biggest release for Suriya in his career. Since the film is releasing in Tamil as well as Telugu on the same day, it’s opening in maximum number of screens,” trade analyst Trinath said.

Trinath says the film is expected to take the box office by storm.

“Since no other big Tamil or Telugu film is releasing on Friday, Anjaan’ is expected to register record openings. The film’s trailer and the pre-booking have already created enough buzz for audiences to throng to cinemas,” he said

“Anjaan” will also lock horns with Ajay Devgn’s “Singham Returns”, but it won’t be a battle to look forward to, says Trinath.

“Suriya’s film will release in maximum number of screens in south India, while Devgn’s Singham Returns’ will target rest of the country and overseas. I don’t think the two films will compete because they’re focusing on different territories,” he added.

But it’s a coincidence that the real Singam (Suriya) will go head on with Singham.

Suriya’s “Anjaan” will also be the first south Indian film to release worldwide in digital.

“Digital Revolution in South India. #Anjaan will be the 1st high budget film with a Huge Star, which will release only thro Digital Screens. No Physical Print is allowed forA#AnjaanAscreening anywhere in the world. Having shot the film with 6K resoln quality, we want only digital,” posted UTV’s south chief G. Dhananjayan on his Twitter page.

“This ALL digital projection of #Anjaan will also enable us 2 easily find where the Piracy has emanated from through spl codes in each print.A#AnjaanAis copyright protected through digital cinema projection across the world. In theatre recording of the film is illegal/ punishable,” he added.