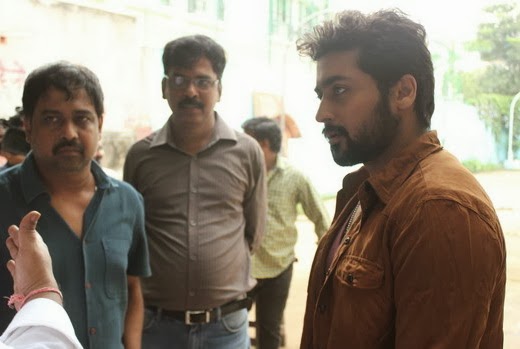 Producer N. Subhash Chandra Bose says that the shoot of Suriya-starrer Tamil actioner “Anjaan” was halted, but was not disrupted as rumoured. He says everything is under control and the shoot is progressing smoothly.

On Sunday, members of the Tamil fringe groups came to meet N. Linguswamy, director of “Anjaan”, and requested him to stop the screening of his recently distributed Tamil film “Inam” which revolves around a group of orphans during the Sri Lankan civil war.

“The shoot had to be stopped because they had come to meet the director and discuss about ‘Inam’. There was absolutely no protest as is being rumoured. Everything is under control and we have continued shooting,” Subhash told IANS.

“We’ve nearly completed 80 percent of the film’s (‘Anjaan’) shooting. We are also planning to release the film’s look soon,” he added.